Last week we looked at the story of the Golden Calf and all of the attendant details that often escaped our notice when we learned this story in Sunday School. We considered the many adjectives describing God and God’s reaction to this blatant idolatry. We compared the revelry of the people worshipping the Calf to the awe-inspiring images of God and Mount Sinai in Exodus 19.

One commentator has noted that Exodus 32-34 describes the progression of sin, punishment, intercession and forgiveness. Last week the text focused on sin and punishment – the building of the Golden Calf as sin and the words of God in 32:33-35 as the punishment. We didn’t discuss the change from God to an angel as the one who would lead the people (this is also referenced in Exodus 33:2). This is not to say that God abandoned the people of Israel, but the close intimate relationship that we have seen has been changed. I’m not sure that this change in relationship is the “punishment” for the sin (I rather think the plague in Exodus 32:35 is the punishment) but instead is a consequence of the sin.

Think about a relationship you have had that for some reason broke. There is a distance in relationship that results not necessarily because of one says, “I’m never going to talk to you again.” But instead because of the wariness that comes from broken trust. It is interesting to note in Exodus 33:6 that the people have been told to leave Mount Horeb (also known as Mount Sinai) where God and God’s people have so frequently met, particularly as in Exodus 19. In this week’s reading we move from sin and punishment to intercession and forgiveness.

In Exodus 33:7-11 we read one of the consequences of this strained relationship between God and God’s people – the “Tent of Meeting” was placed outside the camp of the people rather than God’s presence dwelling among them. We don’t read of a specific conversation in these verses but rather a description of Moses regularly gathering with God. Is there a place in your life where you routinely gather with God for conversation (prayer)? And is there a special place that you go to on special occasions, perhaps like Mount Sinai, where you have an intense experience of God’s presence?

Exodus 33:12-23 is a dialogue between God and Moses. You may want to underline in different colors ink or pencil the places where God speaks and where Moses speaks. Is there anything that you note about this dialogue? Read verses 12-13. The phrase “found favor” is there. What do you think that means? How do you think that looks in one’s life? And what is it that Moses asks of God if God finds favor with him?

What is happening in verses 14-16? Are these words of reconciliation and assurance? If so, why are these needed? What does it mean at the end of verse 16 that Moses wants God’s presence with them to demonstrate that the people of Israel are a “distinct” people? How does this tie in with the purpose of the wilderness wanderings being to transform the people?

There are two points in the focus text that I find particularly important. The first is God’s statement to Moses that God’s presence will go with Moses. The second is Moses’ rather audacious request that God reveal God’s glory to Moses in verse 18. What do we make of these two points? What other words do your translations use for “glory?” What does this mean to us today?

In Chapter 34:1-9, we read of a “theophany” – a face-to-face appearance of God to humans. What is the request that Moses makes of God in verse 9? And what is God’s response?

As Dr. Brueggemann has described the sequence of Chapters 32-34, we see sin, punishment, intercession and forgiveness. Mark out where these are found in this section. How have you seen this sequence in your life or in our society

Let us pray: O God, we seek your face even in the midst of our sinfulness. Restore us we pray so that we may reflect the love you have for your people. In the name of Jesus, Amen. 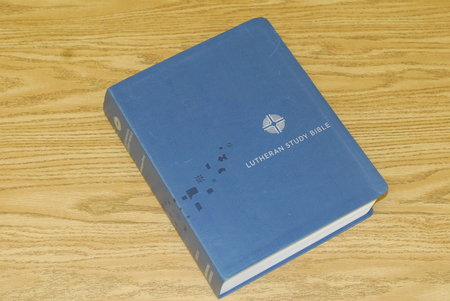